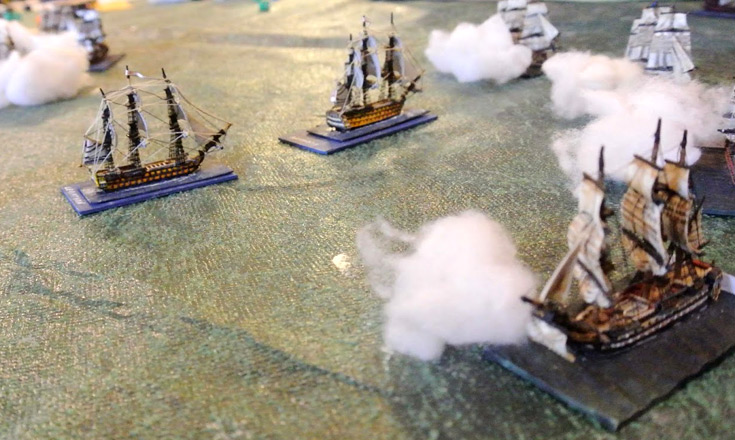 The Age of Fighting Sail, Kiss Me Hardy, 1/1200 scale Concluding what seemed like a very nautical nine days of games, we come to the biggie. Last year the guys at the Edinburgh club decided to stage a refight of Trafalgar. it was a success, so we decided to do it all again this year. 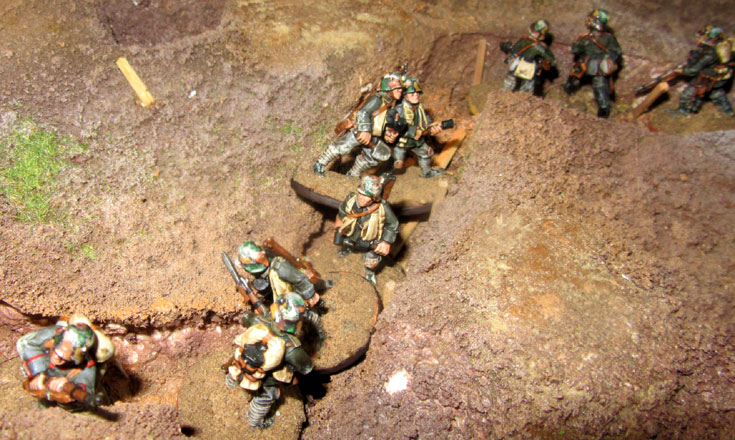 The Great War, Chain of Command, 28mm When we’re at a loss about what else to do we tend to opt for hain of Command (or CoC for short). This time we played a game set in the Great War, using the amendments posted in some Too Fat Lardy special. We call this version Muddy CoC. In

Pre-Dreadnought, Perfidious Albion, 1/1200 scale The rather ludicrous excuse for this game involving three navies was the Algeciras Conference of 1906. The main diplomatic protagonists were France and Germany, and in our alternate history tensions had mounted so much that the countries were at the brink of war. To rattle the German cage a French

Queen Victoria’s Little Wars, The Men Who Would Be Kings, 28mm I never planned to wargame the Boer War. Sure, I found it interesting enough, but I always thought the thing pretty dull to wargame, especially the big battles. My mistake, of course, was to buy a “sample pack” of Old Glory Boers recently. Then,