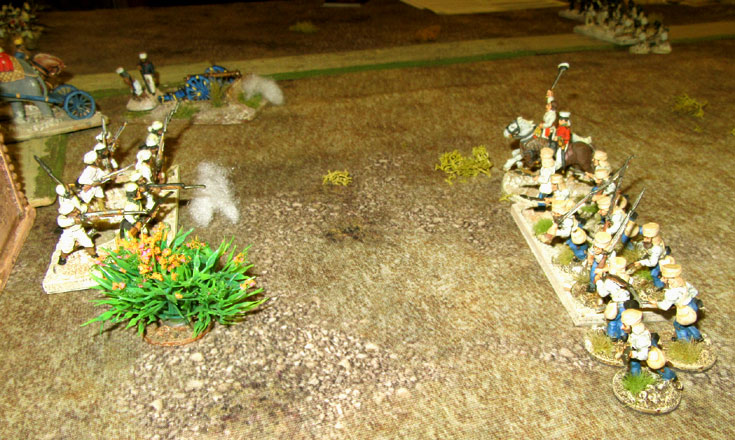 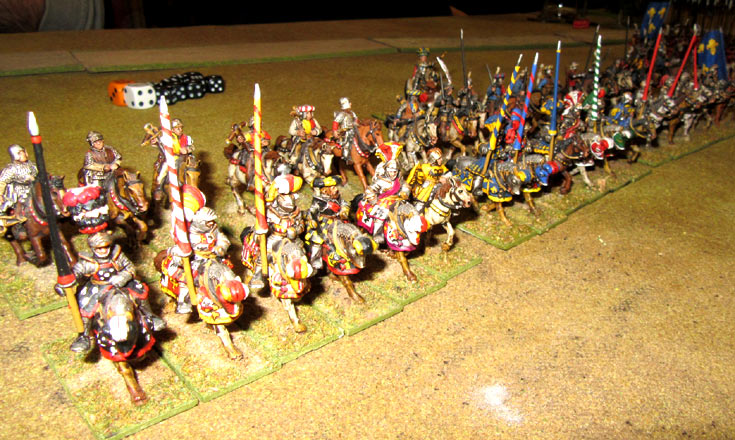 The Italian Wars, Pike & Shotte, 28mm Have you ever seen a game set out and your heart sinks, because you know you’re in for a turkey shoot? Well, this was one of those games! This week we were refighting the Battle of Agnadello, fought in Lombardy between the French and the Venetians. The real 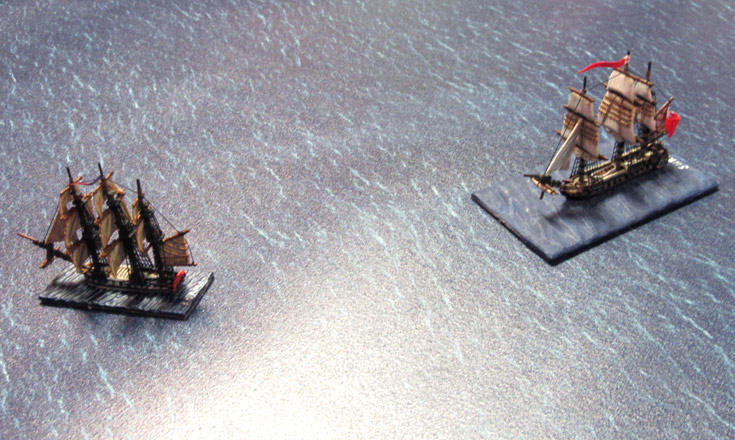 The Age of Fighting Sail, Post Captain, 1/1200 scale I rarely game the same thing two weeks in a row. However, as most of my wargaming crowd were doing other things (storming compounds in Sangin, fighting tank v tank actions in Normandy or slogging it out in Dark Age Mercia), only Peter was left, and 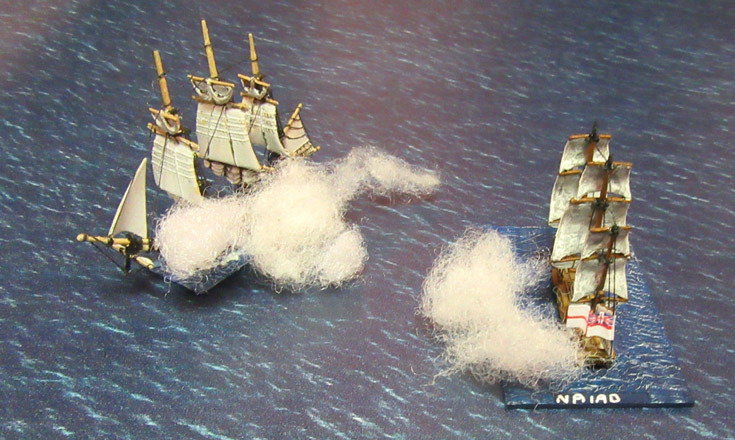 The Age of Fighting Sail, Post Captain, 1/1200 scale We hadn’t played these rules before, so this game was really about learning the system. Four of us took part, so we fielded four ships – two French 40 gun frigates (Bart’s Cornelie and Campbell’s Hortense) and two British frigates, Peter’s Aeolus (32) and my Naiad