WWII Naval, General Quarters, 1/2400 scale This week, with a few of the regulars away, we wanted a small and fairly straightforward game. So, as we hadn’t played a WWII naval game for ages, we decided on it. I came up with a scenario where I could scale the forces up or down depending on how many

The Napoleonic Wars, Over the Hills, 28mm Last week’s Napoleonic game wasn’t enough for everyone. So, we decided to stage another Napoleonic bash this week. Bill offered to organise it, and he sensibly came up with the idea of refighting the Battle of Maida, fought in the toe of Italy in 1806. The battle was a fairly 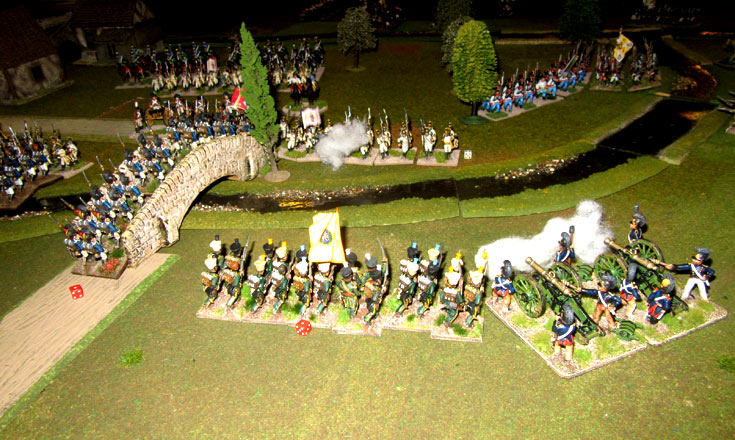 The Napoleonic Wars, Over the Hills, 28mm We try to play a Napoleonic game about once a month, but our last foray was back in January. So, this was the first of two back-to-back Napoleonic games – we’ll be playing another next week. As I often do when I’ve got a game to organise, I