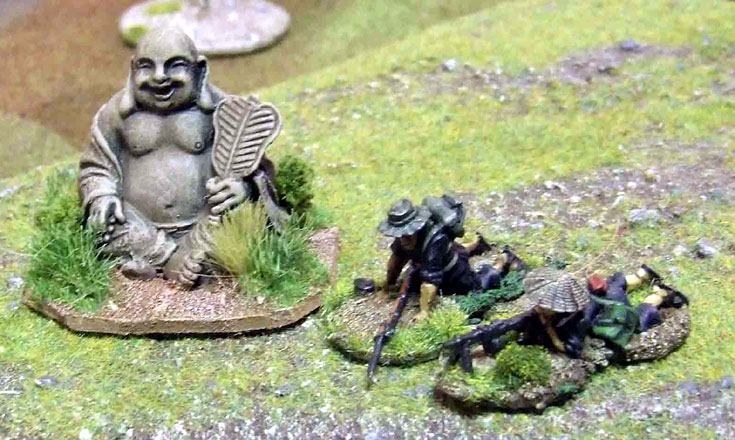 Modern Wars (Vietnam), Vietnam Skirmish, 28mm One evening someone pointed out that several of us had Vietnam figures, yet we haven’t played a Vietnam game for a year or more. Well, Dave O’Brien went away and dreamed up a nasty little scenario, designed to let the Americans use all their nice toys, while giving them 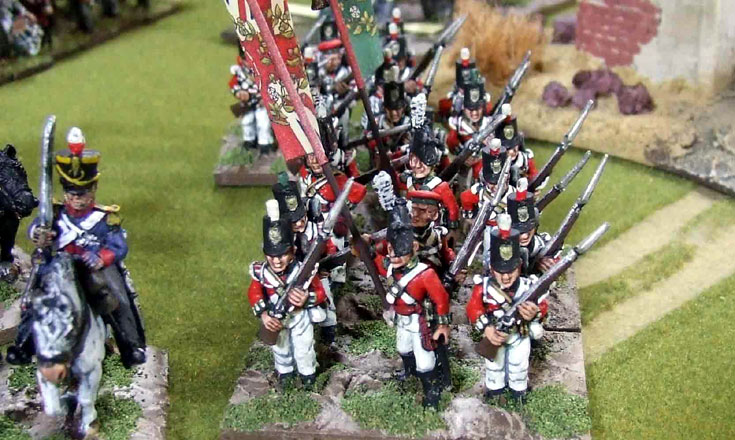 The Napoleonic Wars, Republic to Empire, 28mm Two or three times a year a group of wargamers who call themselves “The League of Gentlemen Wargamers” get together to play a game – usually up in the Scottish town of Kirriemuir. A year or so ago they kindly included me in their group, and now I 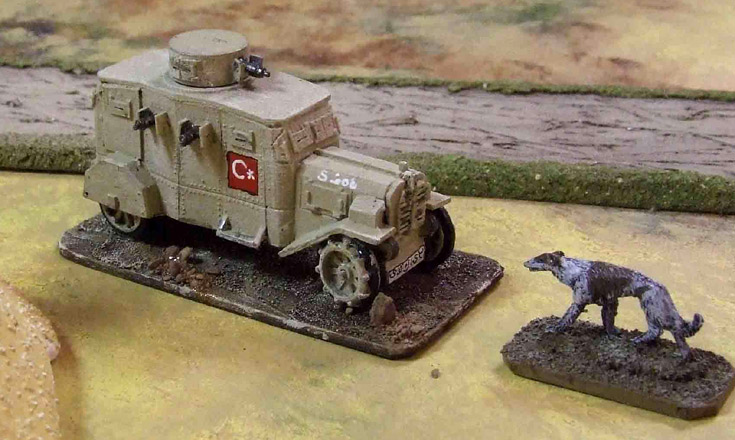 The Back of Beyond, Contemptible Little Armies / Back of Beyond, 28mm This Back of Beyond game involved my Turks (with a few “White” allies) taking on the Bolsheviks (owned by Colin Jack & Dougie Trail). It was a meeting engagement, with initial reconnaissance forces being bolstered by reinforcements as the game progressed.  We fought 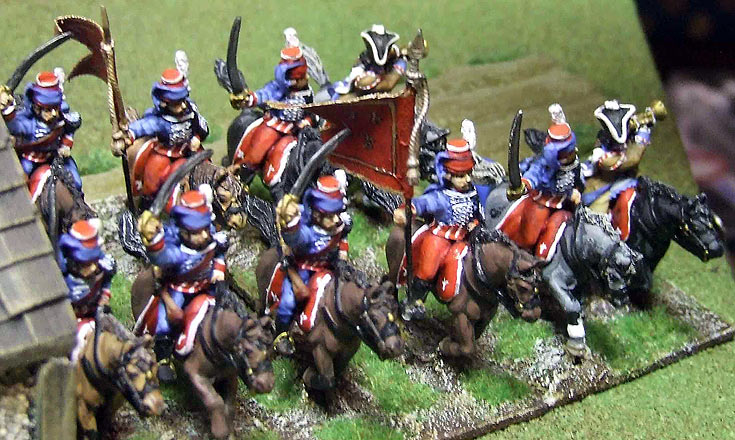 The Seven Years War, Die Kriegskunst, 28mm The aim of this game was to introduce a handful of new players to Die Kriegskunst – part of a greater bid to convert the world into Seven Years War aficionados. I wanted to run a small game, and came across the perfect scenario in Charles S. Grant’s