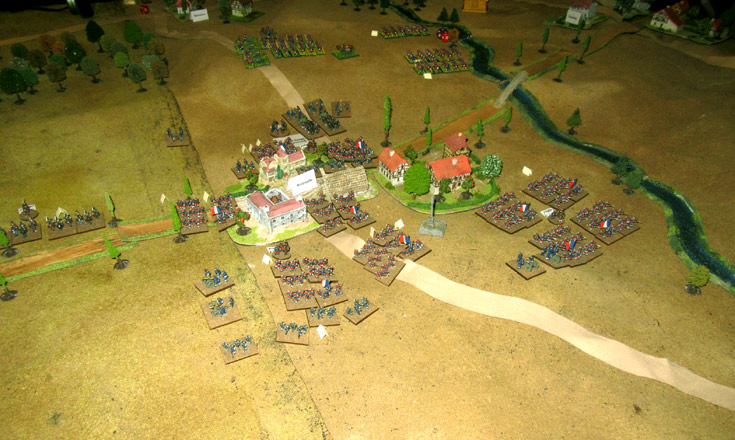 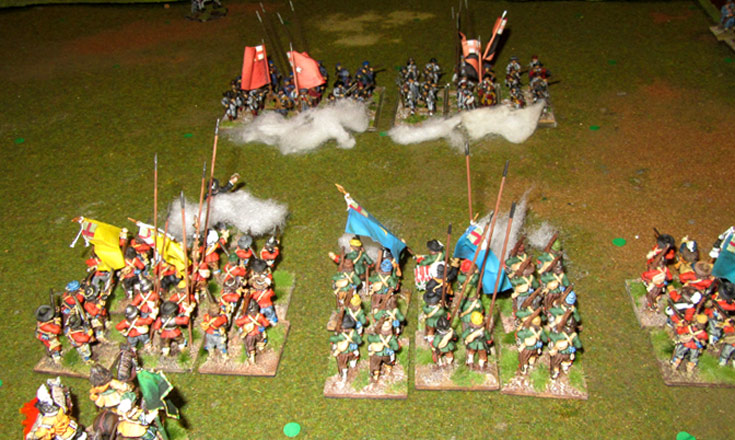 Queen Victoria’s Little Wars, Bonny Blue Flag (Homegrown Rules), 28mm A weekend of Indian Mutiny wargaming isn’t complete without a beleaguered residency and a relief force struggling to reach it before the defences are overcome. That then, is exactly what this Sunday game was all about, played out during the latest League of Gentlemen Wargamers’ 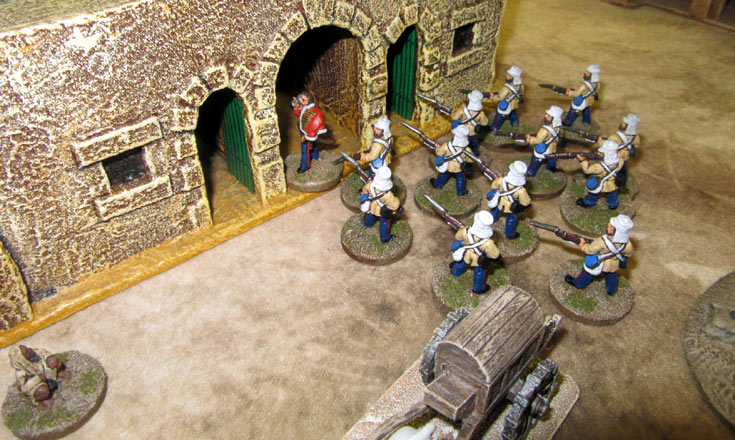 Queen Victoria’s Little Wars, Muskets & Tomahawks, 28mm This weekend was the spring gathering of the League of Gentlemen Wargamers, which means we were up in Kirriemuir, a small town about 90 minutes drive north of Edinburgh. The weekend was divided into two parts. On the Saturday, we played a bunch of skirmish games, using 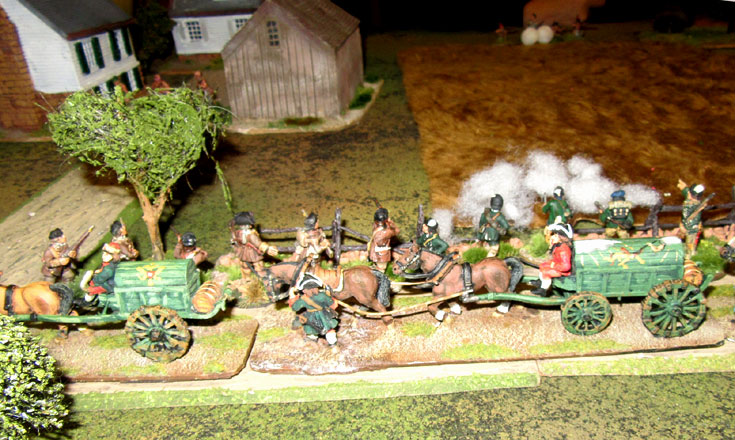 The French & Indian War, Muskets & Tomahawks, 28mm We’ve been playing a lot of Muskets and Tomahawks lately, testing out an Indian Mutiny variant of it for a wargaming event this coming weekend.  Just for a change though, we set this game where it belonged – in the French & Indian Wars. However, the 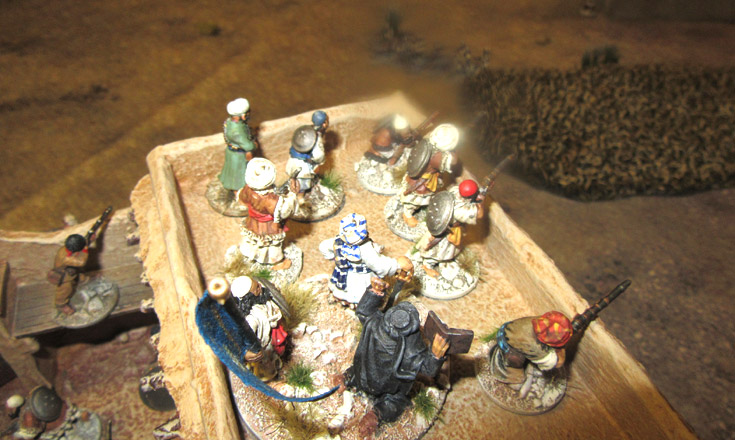 Queen Victoria’s Little Wars, Muskets & Tomahawks, 28mm This game was going to be a little different. Bill and I are planning scenarios for an Indian Mutiny weekend, and the idea is to use a slightly adapted version of Muskets & Tomahawks. Bill has come up with all the amendments- all we need to do 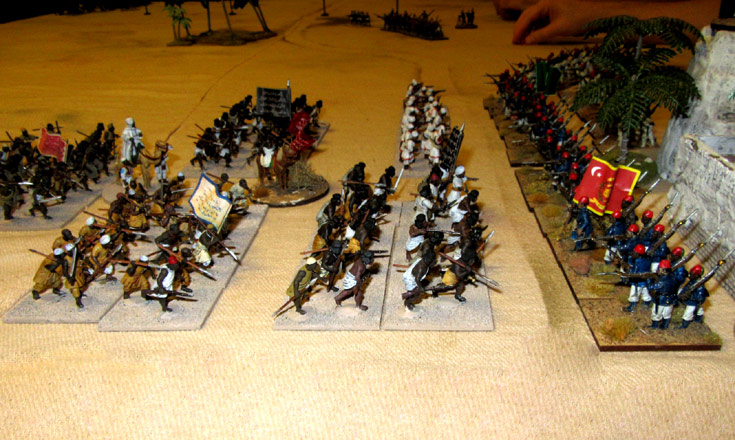 Queen Victoria’s Little Wars, Black Powder, 28mm This week we were off to the desert, fighting an fictional engagement in the Sudan. This scrap was set against the backdrop of the Nile Expedition of 1884-85. The premise was that in late 1884, before the advance could begin a telegraph line had to be built across the