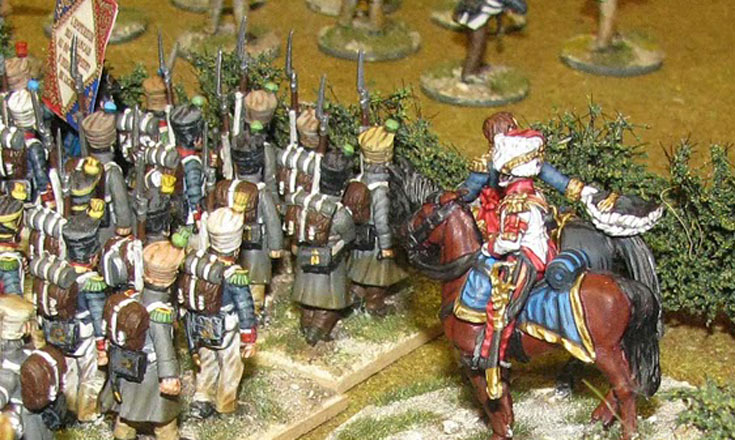 The Napoleonic Wars, Black Powder, 28mm This fictitious game involved a British attempt to turn the flank of the French army ensconced in the Pyrenees, guarding the French border with Spain. A weakly guarded pass through the mountains at Roncedouge was the objective, guarded by a village with a brigade-sized French garrison. Wellington sent Lord 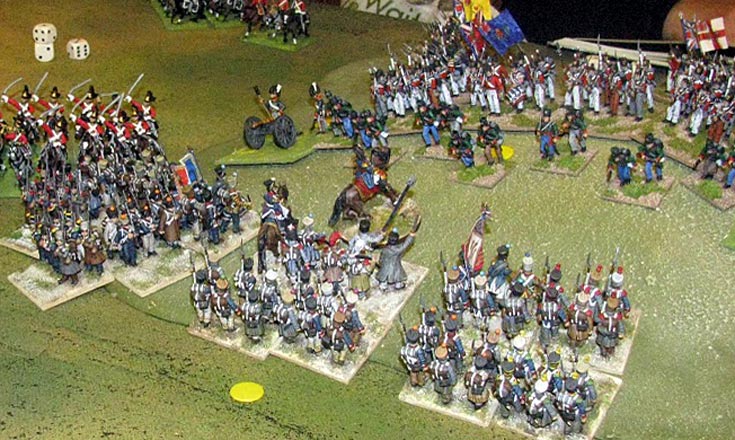 The Napoleonic Wars, Black Powder, 28mm As I was away, this game is brought to you by Dougie Trail and Donald Adamson- a fictitious Peninsular encounter, with Dougie’s French stroming a hill held by Dona;d’s plucky British. The premise was that the British were retreating back to Portugal, with the French snapping at their heels.