The Dark Ages, Dux Britanniarum, 28mm It was the club night before Christmas, and all around not a mouse was stirring. Well, no mice, but the Saxons were, and a few Arthurian Britons. I’d originally planned to play a War of the Grand Alliance game with Chris Henry, but he backed out with a bad 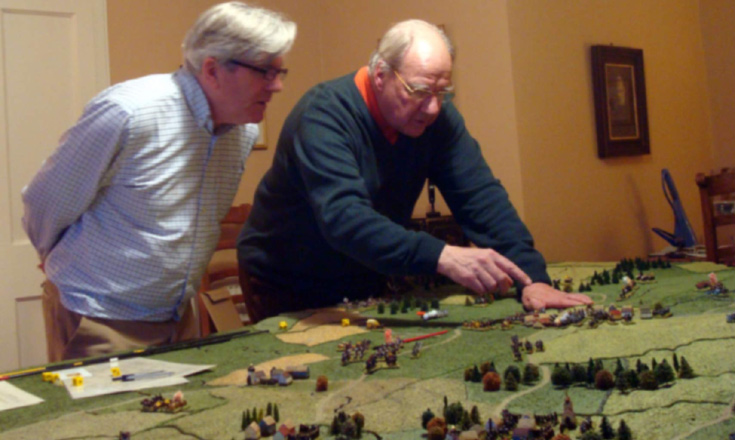 Bismarck’s Wars, Field of Battle, 10mm Once again I found myself at Gerry Henry’s place, fighting over the same little patch of Bohemia as before. After four visits to it the delights of the village of Wenzelsberg are fading slightly. Fortunately, this time I was joined by Colin Jack, who joined me on the Prussian 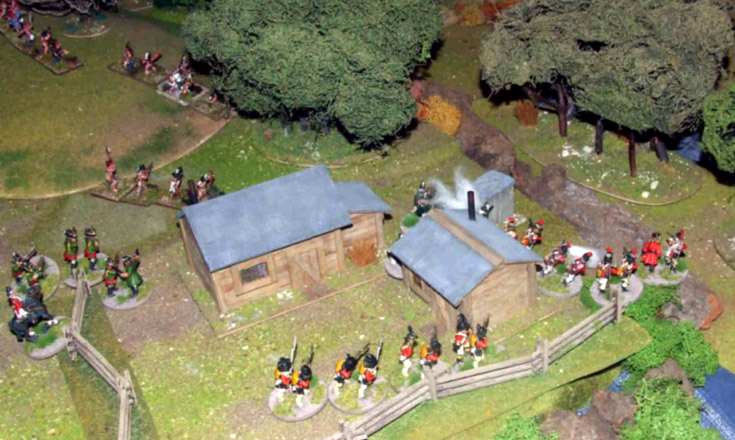 The French & Indian War, Muskets & Tomahawks, 28mm While I’ve played several games using Muskets & Tomahawks, many others in the Edinburgh club hadn’t. This then was a chance for many of them to try the rules out for the first time. The game was staged over at Hugh Wilson’s house, and the rather 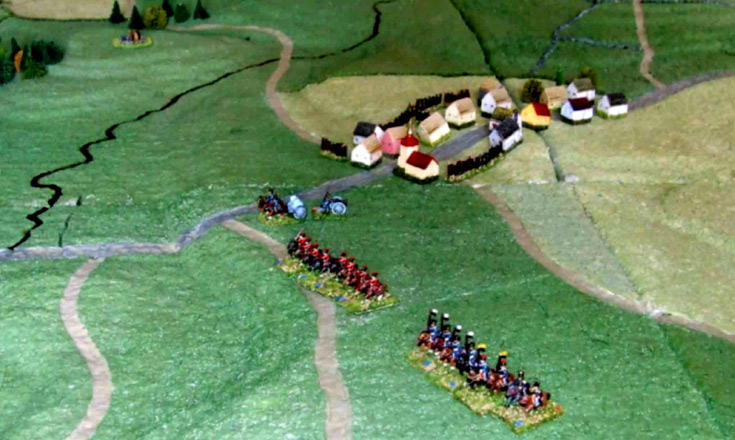 Bismarck’s Wars, Field of Battle, 10mm Back in August I helped Gerry Henry playtest his rules for the Austro-Prussian War of 1866. This small Sunday game was another chance to tweak the rules, and we fought over the same little patch of Bohemia, around the village of Wenzelsberg. Now, I’m not particularly a fan of