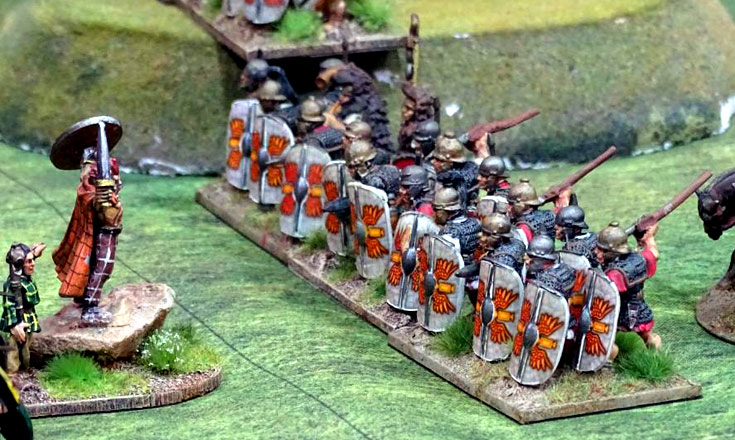 The Roman World, To the Strongest, 28mm The uppity Gauls were at it again. A peaceful Caesarean Roman column was marching through Gaul, minding its own business when a horde of unwashed Gallic barbarians turned up looking for a fight. Naturally the Romans obliged. This was a straightforward encounter game, but with a slight twist. 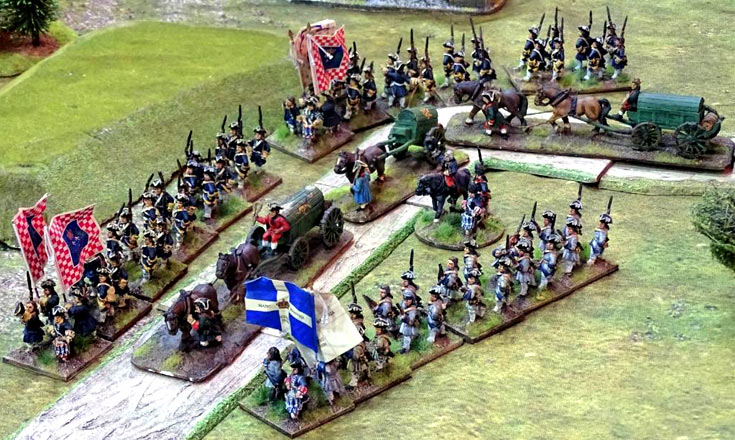 The Seven Years War, Black Powder, 28mm We had an AGM this week, so we wanted a game that would be fun but quick. So, I came up with a tried and tested scenario called “The Wagon Train”. It was first devised by Charles Grant Senior, and published in the Wargames Digest in 1961. The