The American Civil War, Regimental Fire & Fury, 28mm Every year, between Christmas and New Year the RAF Leuchars club hosts a big one day game. I missed it last year, when they did Operation Market Garden, but the year before we refought Borodino. This time it was off to Virginia, and a refight of 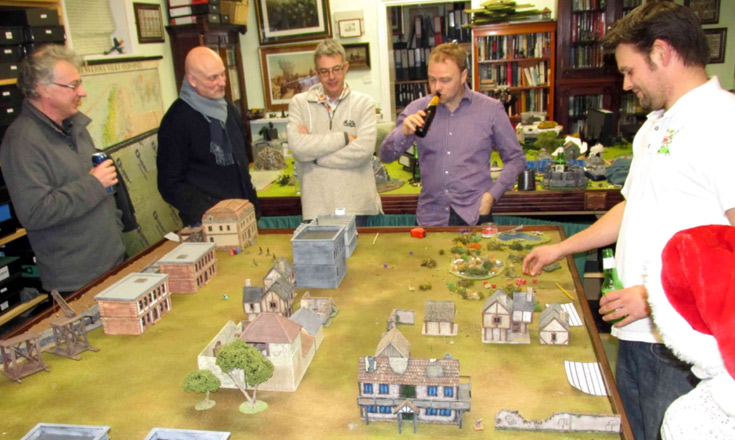 Misc., Fantasy Nonsense (Zombie Hunting), Gentlemen Prefer Zombies, 28mm I was down in London this week, and seized the opportunity to visit old friends. One of these was Dave Marks, who was laying on a Victorian zombie game in his swish wargames annex – Ugley Hougemont.  Really – its the size of an average house,

Ironclads, Prusso-Danish War, Bill’s Ironclad Rules, 1/600 scale For a while now, Bill Gilchrist and I have been developing a set of naval rules for the “Ironclad” era. I say Bill and I, but actually I’m just there in a sort of “naval buff” supporting role – Bill is the real brains behind the project. 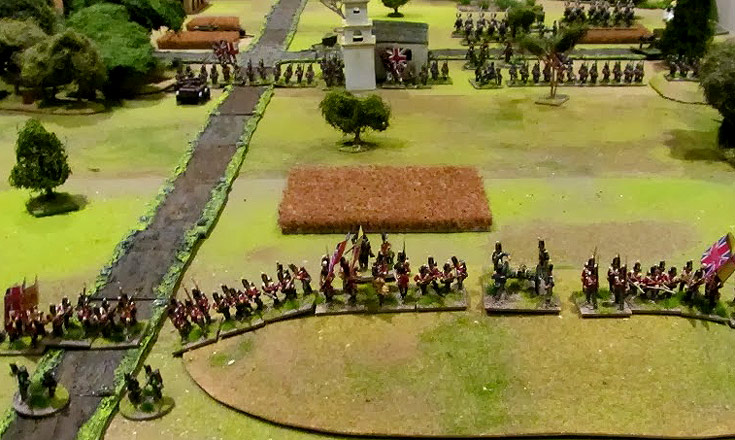 The Napoleonic Wars, Black Powder, 28mm This fictional battle was staged in Edinburgh wargamer Hugh Wilson’s house, fought out on Hugh’s unusually  long table using figures from several collections. The scenario was concocted by Bill Gilchrist, who also supplied these photos and the cool little map. The idea was that the British army was in