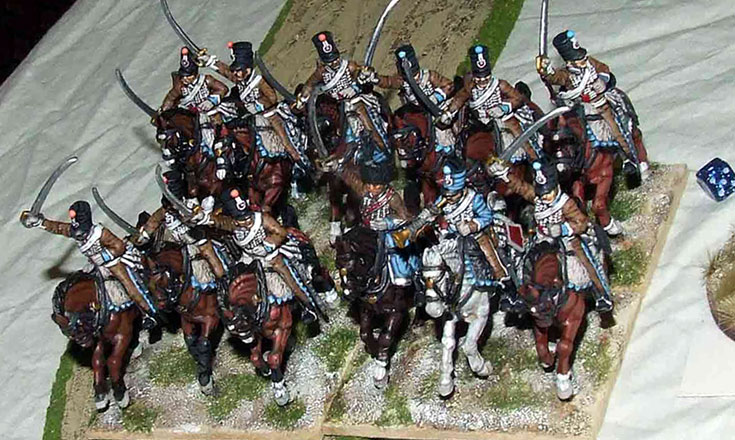 The Napoleonic Wars, General de Brigade, 28mm Edinburgh is still gripped by snow, so rather than spend hours in a freezing hall we played a short brigade-sized game, before repairing to the warmth of the local pub. This one was set during the Retreat from Moscow, one of the clashes fought between the retreating Grande 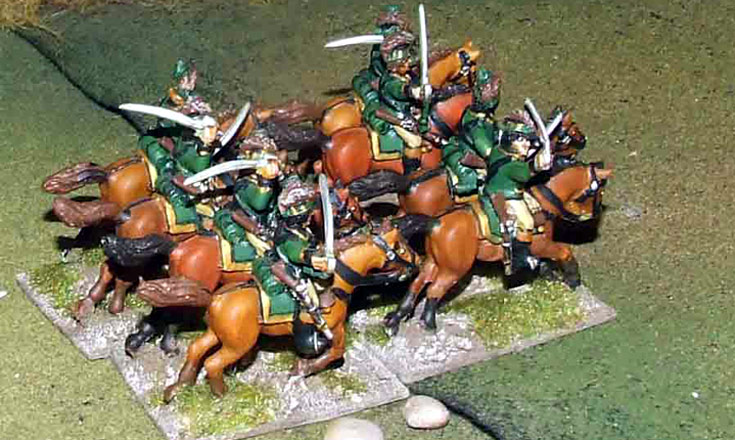 The American War of Independence, Black Powder, 28mm My planned Napoleonic game didn’t materialise, as my opponent was delayed by work. Fortunately I was invited to join a game based around the American retreat towards the River Dan in the North Carolina colony. That was when Cornwallis chased the rebels through the backwoods of the 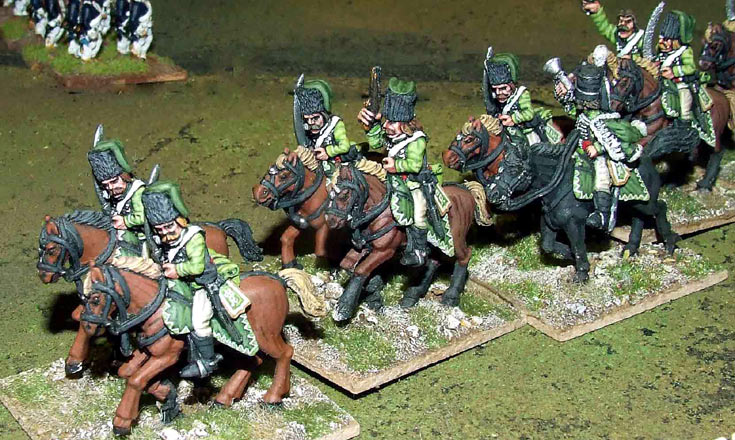 The Seven Years War, Die Kriegskunst, 28mm This week we played out the “Bridgehead Breakout” scenario from Charles S. Grant’s Scenarios for Wargamers (1981). Like most of Charles’ scenarios, winning the game is harder than it looks. The Prussians (behind line G-H) were trying to break out of their bridgehead over the River Saale, although