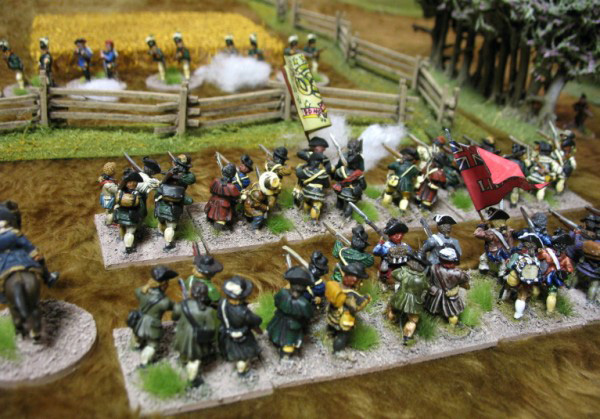 The American War of Independence, Black Powder, 28mm Bill Gillchrist has a thing about Oriskany. This must be the second or third refight of the battle he’s staged during the past year! I suppose it’s because he has all those Indians and militiamen, and sees it as a  quirky  battle, and therefore an entertaining one. 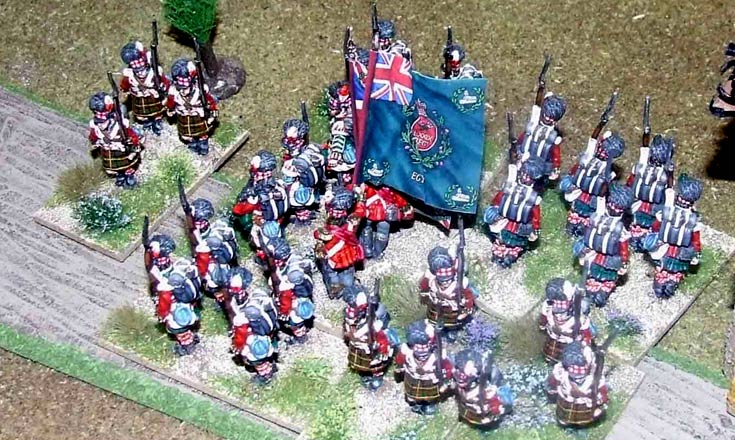 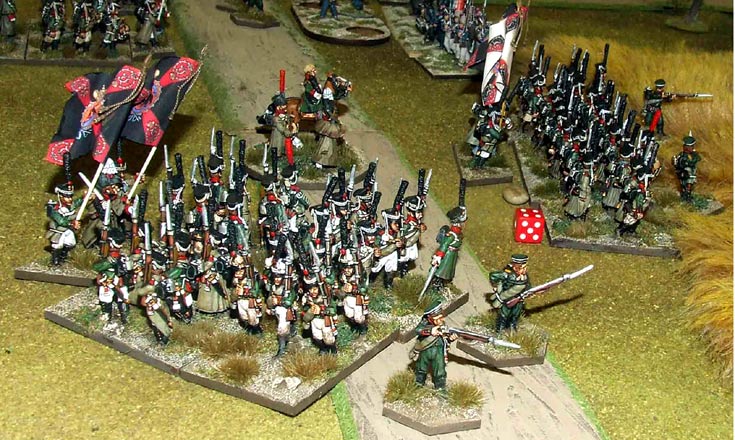 The Napoleonic Wars, Warfare in the Age of Napoleon, 28mm  I like it when other people are supplying the toys, and I don’t have to haul several boxes of lead to the wargame club. This was one of those occasions, when Dave Imrie brought along his Russians, and Dougie Trail supplied the French. Better still,