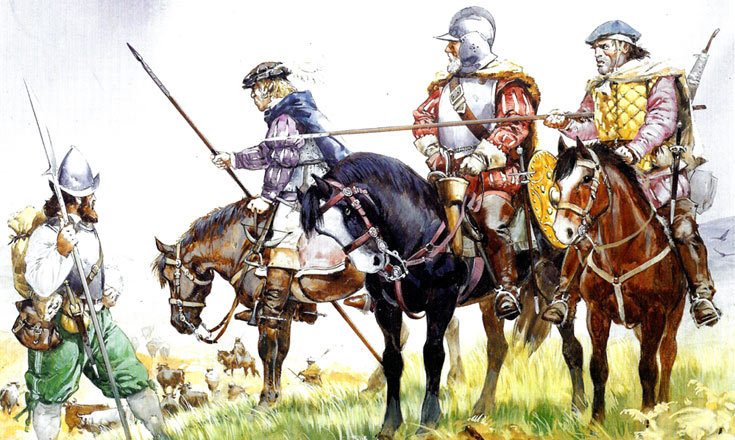 As a historical period this is one of my favourites. I’d actually wargamed this many years ago, in 15mm. Yes, I used to play with tiny figures once upon a time – about 20 years ago. Then, I built up a couple of Scottish forces for the Marian Civil War (1568-73), mainly because I bought spare Naismith figures at a wargame show. I actually fancied doing Border Reivers, which is sort of part of this period, but I had all these pikemen, arquebusiers and highlanders to do something with too. So,the era of Mary Queen of Scots it was. 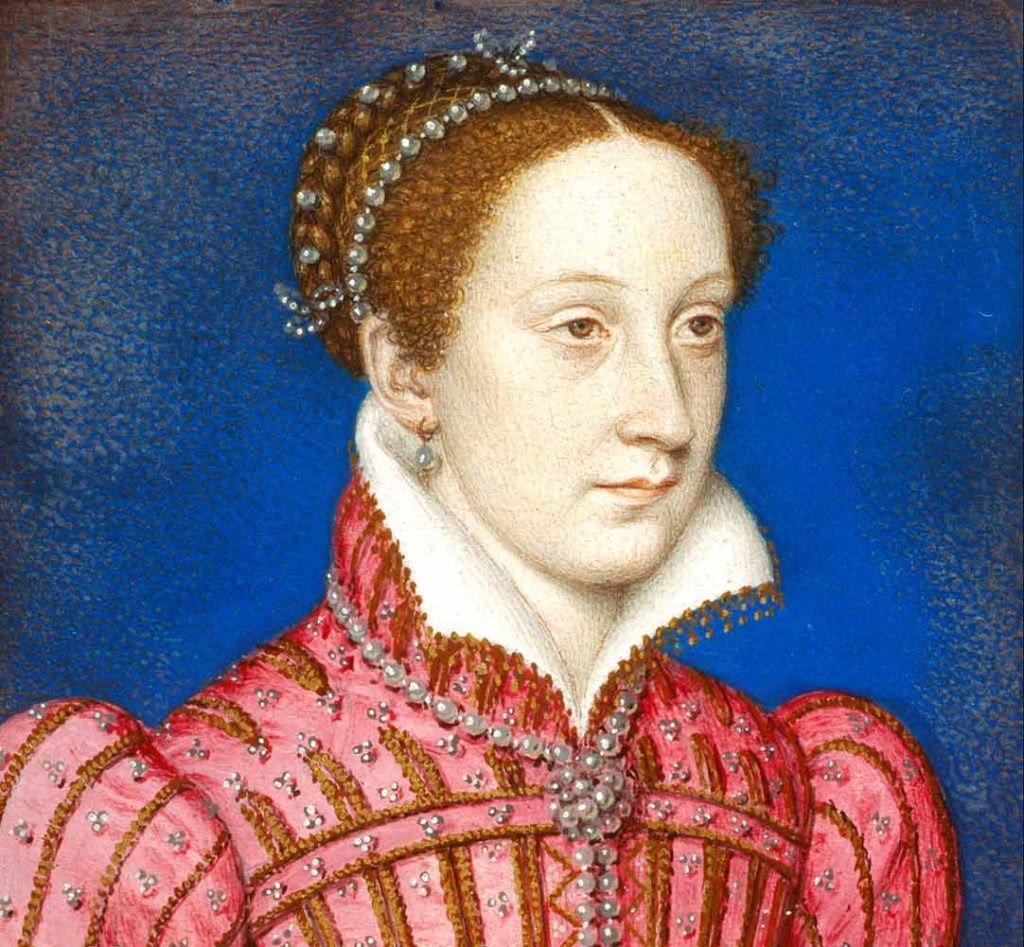 For rules, I used to use Spanish Actions by The Perfect Captain, which are available online as a freebie download. While not perfect, they were fast and fun. Eventually though, I sold off my 15mm figures. Then, recently, I decided on impulse to buy some 28mm Border Reivers. I painted them up,and thought they looked good, but although I tried a few games I couldn’t really get my head around reiving as as a period. It had a fairly limited scope, unless I could find a way of replicating covert cattle-rustling… 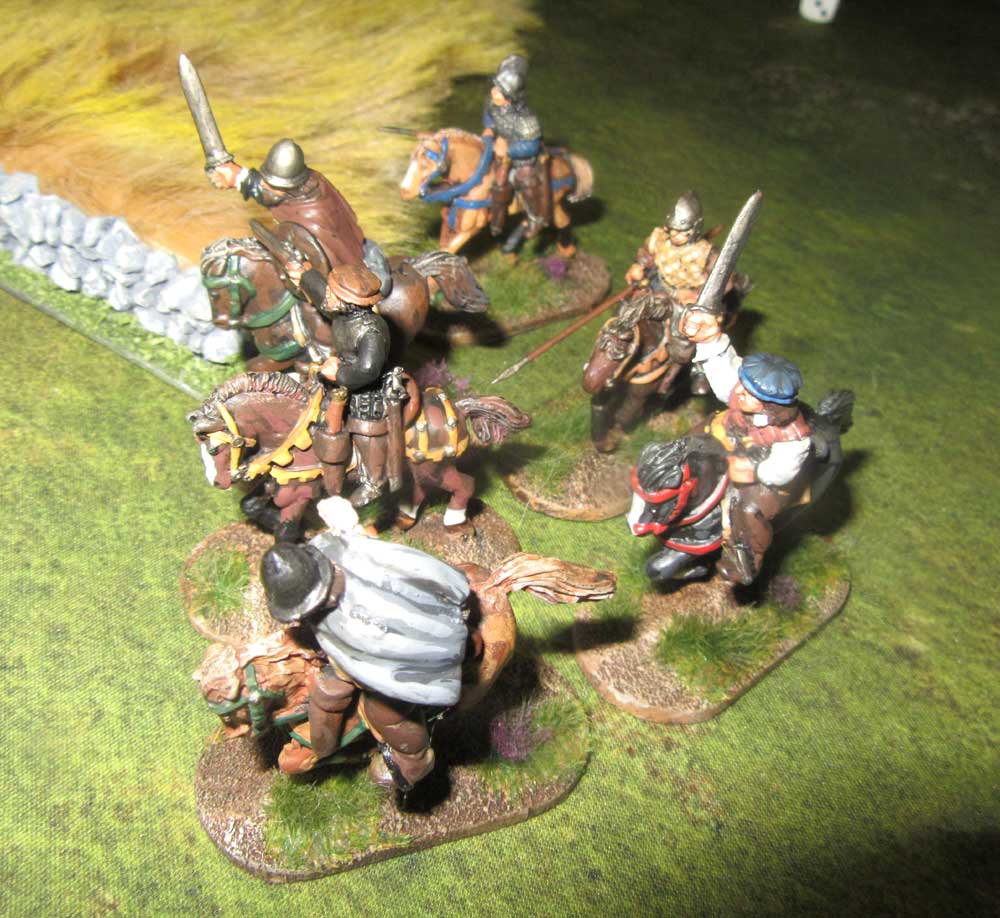 However, the period of Mary Queen of Scots had a lot more potential. Of course, the two overlapped, especially if you expanded Mary’s reign to include the events a bit before and a little her. She was born in 1542, at a time when England and Scotland were at war, and the French were supporting the Scots. 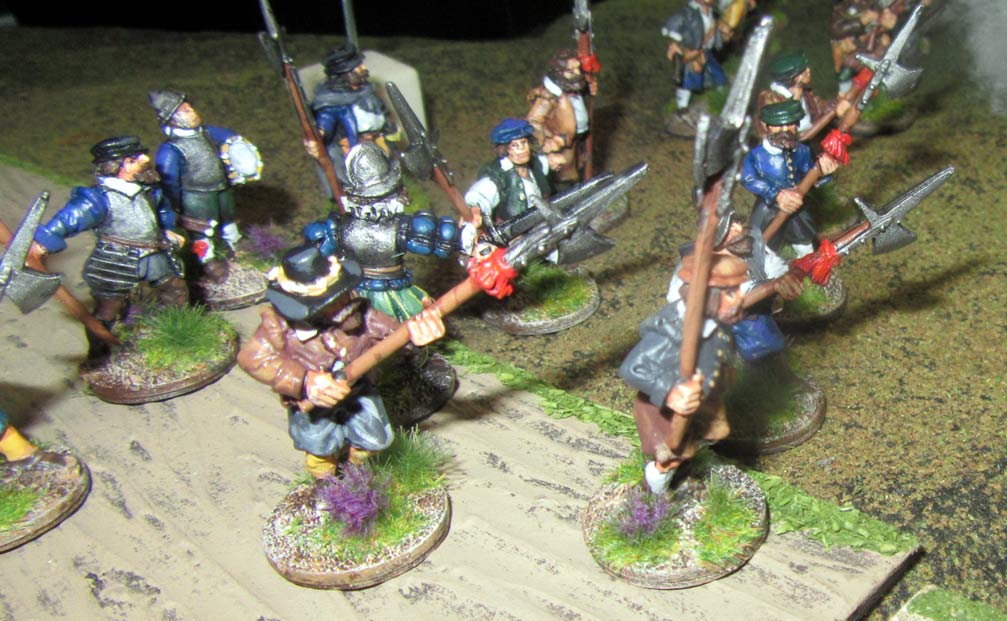 The Battle of Pinkie (1547) was a bit of a disaster for Scotland, and so the next year the infant Mary was shipped to France for her own safety. In 1558 she married the French Daupin, and by the following year, on the death of her father-in-law she was Queen of France. However, her husband Francis I died in 1560, as did her mother Mary of Guise. So, she returned to Scotland to take up her own throne. 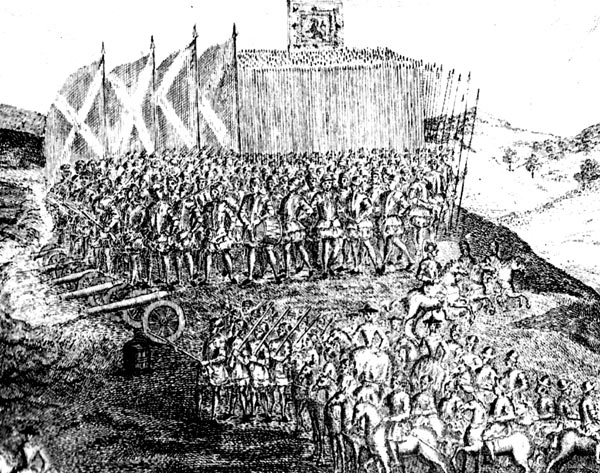 Until then, her mother had been ruling Scotyland as regent, holding off both the Scottish Protestants like John Knox, and the English army, which actually occupied Edinburgh and besieged the regent’s Franco-Scottish forces in Leith. Eventually, after Mary of Guise died, both the English and French left Scotland to its own devices. However, there was a new kid on the block – a local one. The Protestant nobles had formed a power block, calling themselves The Lords of the Congregation. So Mary, a Catholic, was coming home to a country divided by religion. 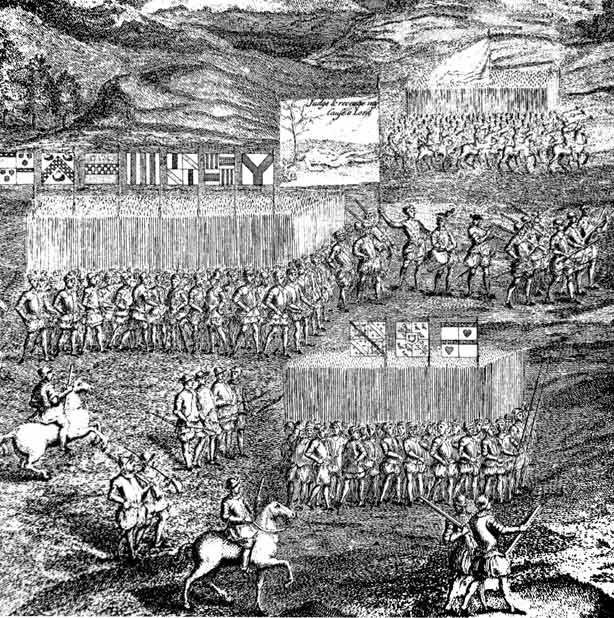 Mary’s brief reign was therefore a stormy one. A leading Catholic noble, the Earl of Huntly was beaten by her largely Protestant royal forces at Corrichie in Aberdeenshire in 1562, and over the next few years she and her troops campaigned extensively against rebel nobles. In 1565, after marrying the young Lord Darnley, even her half-brother the Earl of Moray rebelled against her. In a campaign known as The Chaseabout Raid” the royal couple put down the rebellion, and generally brought peace to the realm. 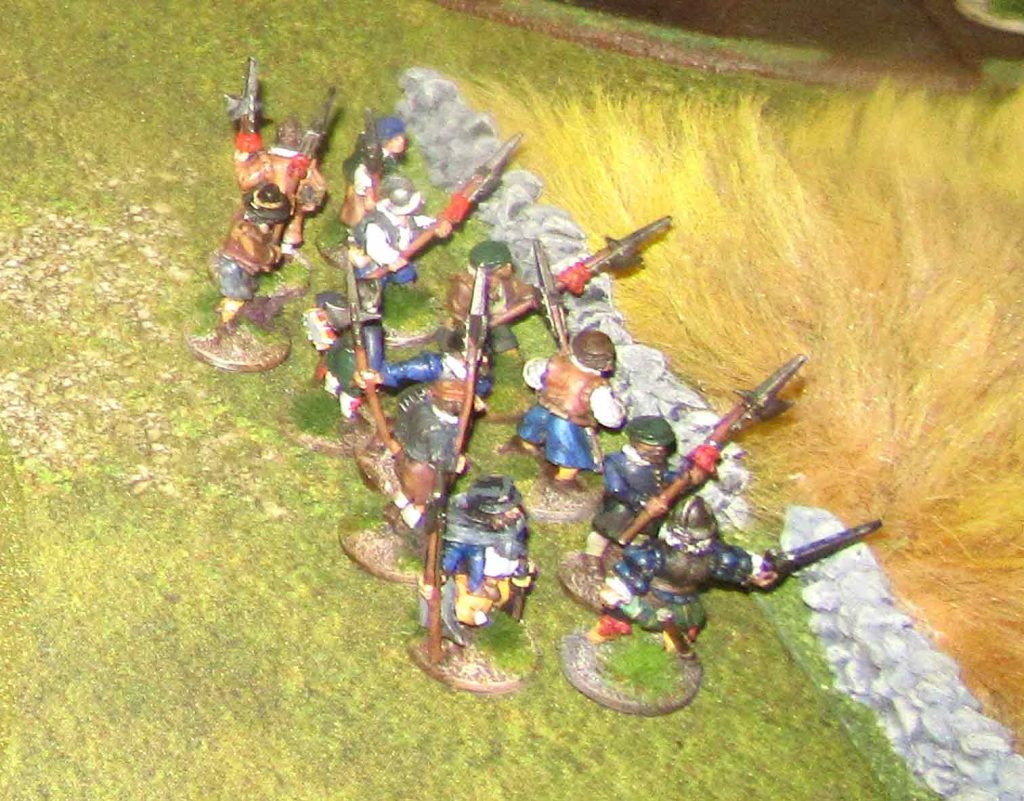 It didn’t last. The murder of Darnley in 1567 saw a return of civil war, as many blamed the Queen for the deed, and her new lover the Earl of Bothwell. That summer the Lords of the Congregation faced off the Queen’s army in a bloodless battle at Carberry Hill outside Edinburgh, and she was taken prisoner by them. 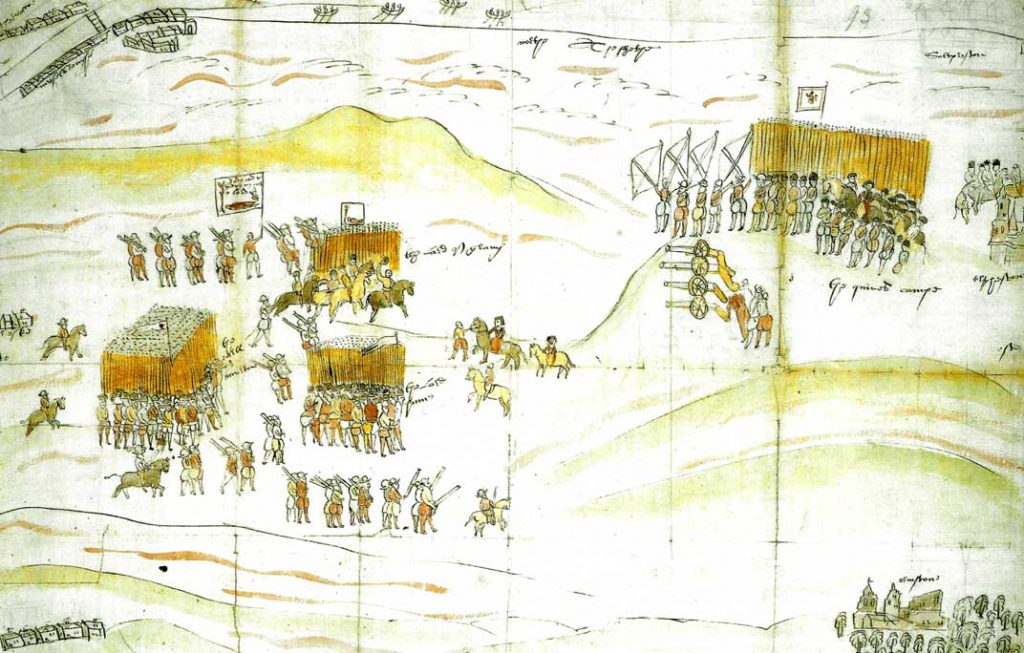 She escaped, and her army faced them again in 1568, this time at Langside near Glasgow. Another royal defeat though, saw Mary fleeing south to England, where she was imprisoned by her half sister Elizabeth I. 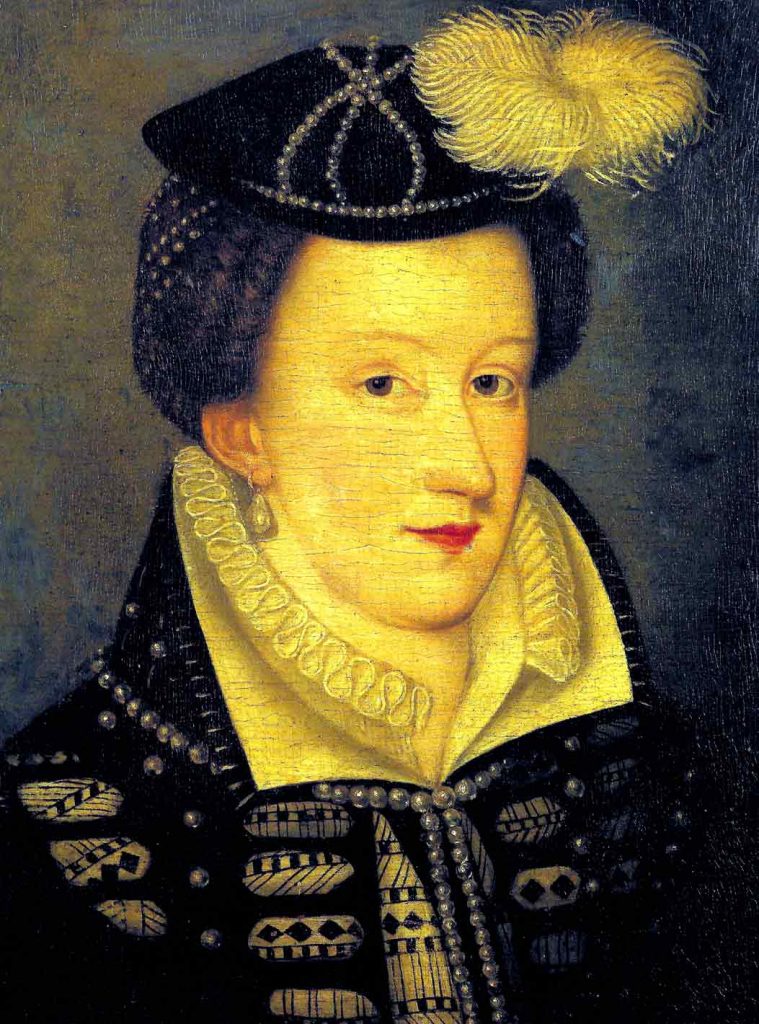 Mary remained an English prisoner until her execution in 1587. During that time her young son James ruled Scotland, under the watchful eye of the Lords of the Congregation. however, Mary’s supporters were still active, and the civil war rumbled on, with more pro-Mary risings in the north-east in 1569, and intermittent siege of Edinburgh Castle (1570-73), which was being held in Mary’s name. 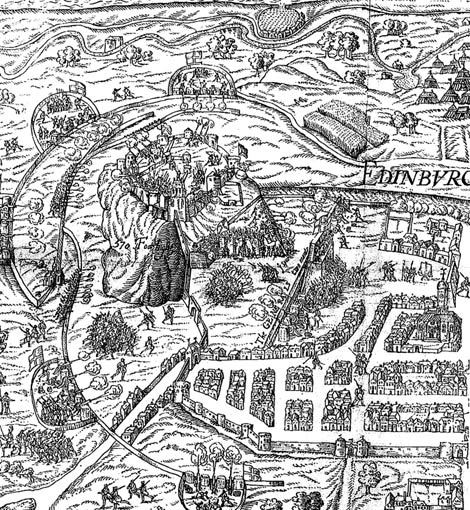 Its fall marked the end of Mary’s cause in Scotland, although fighting still continued in the form of regional rebellions against central authority, and of course the Borders continued to be a lawless place where fighting and raiding was a way of life. 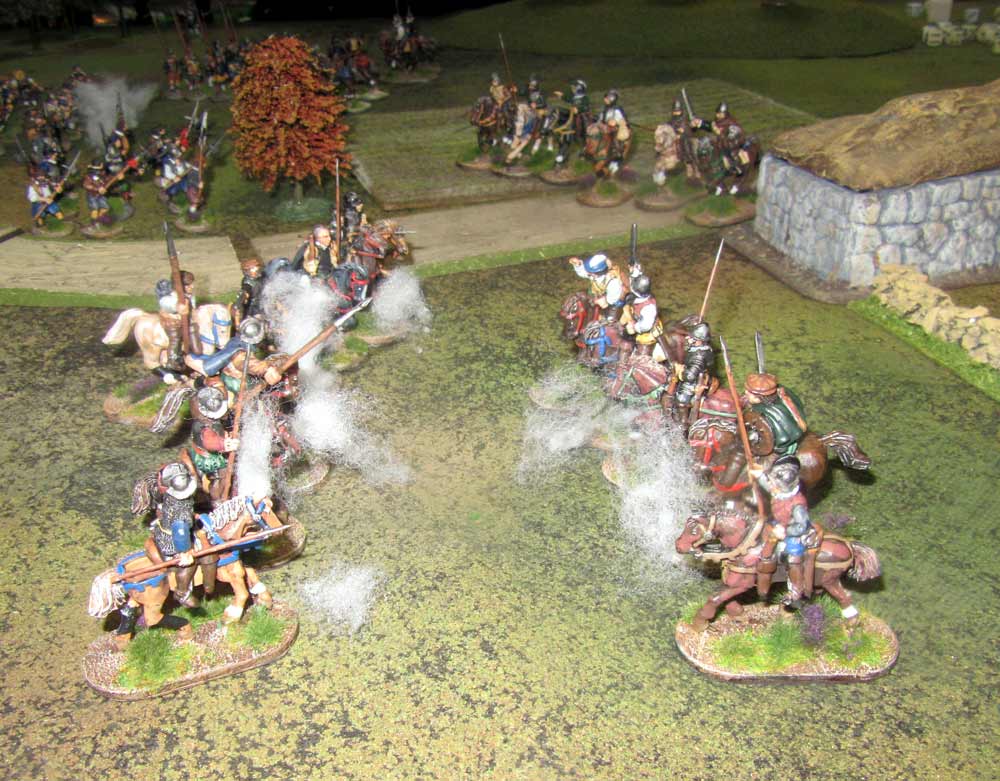 So, as a wargaming period this all has a lot of scope. The Marian Civil War (1567-73) is just the core of a period where Scotland was a battleground for various royal and rebel factions, and then, if we expand it to include the two decades before and after, we have a lot more scope for tabletop mayhem, with English and French factions involved. At the Siege of Haddington in 1548, landsknecht mercenaries, French cavalry and English demi-lancers were all present! 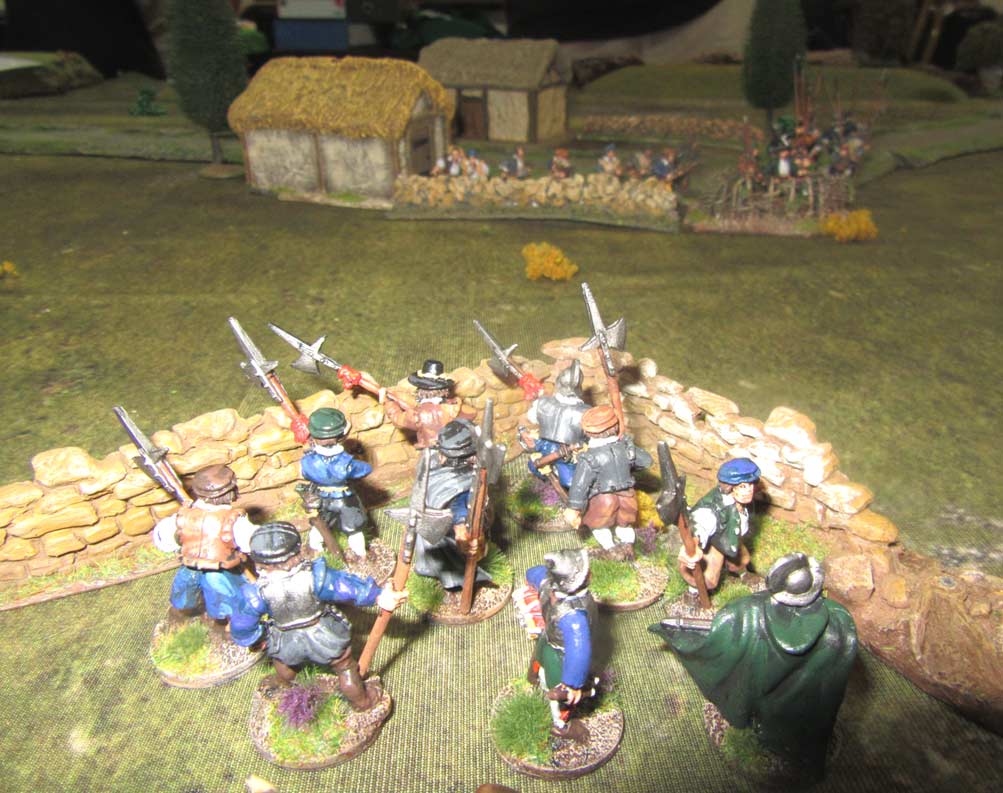 So far, I’ve just been skirting around the edge of the period. I began with Border Reivers, so I have about 50 cavalry and a few foot – pikemen, billmen and arquebusiers. Now though, I’ve been painting up more – Scottish royal archers, more pikemen and shot, and sword and bucklermen. Next, I plan to build up a force of Scottish levies – after all, a lot of the forces were hastily-raised, and of course Highlanders, who also fielded archers. So, there’s a lot of flavour here, and wargaming potential. 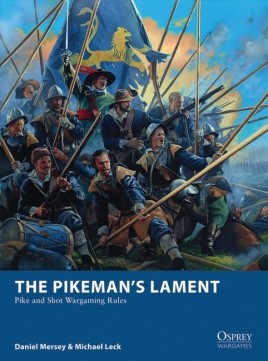 As fr rules, I see this as more of a large-scale skirmish period than anything else. Sure, you had battles like Langside with several thousand men a side, but there was also an awful lot of skirmish-sized actions, and raiding aplenty. I also want to use it as a backdrop for Border Reiving, if I feel the need. So, I plumped for A Pikeman’s Lament by Dan Mersey, and  published by Osprey. Now, I really like these – in fact I like all the variants Dan has produced from the Lion Rampant stable. 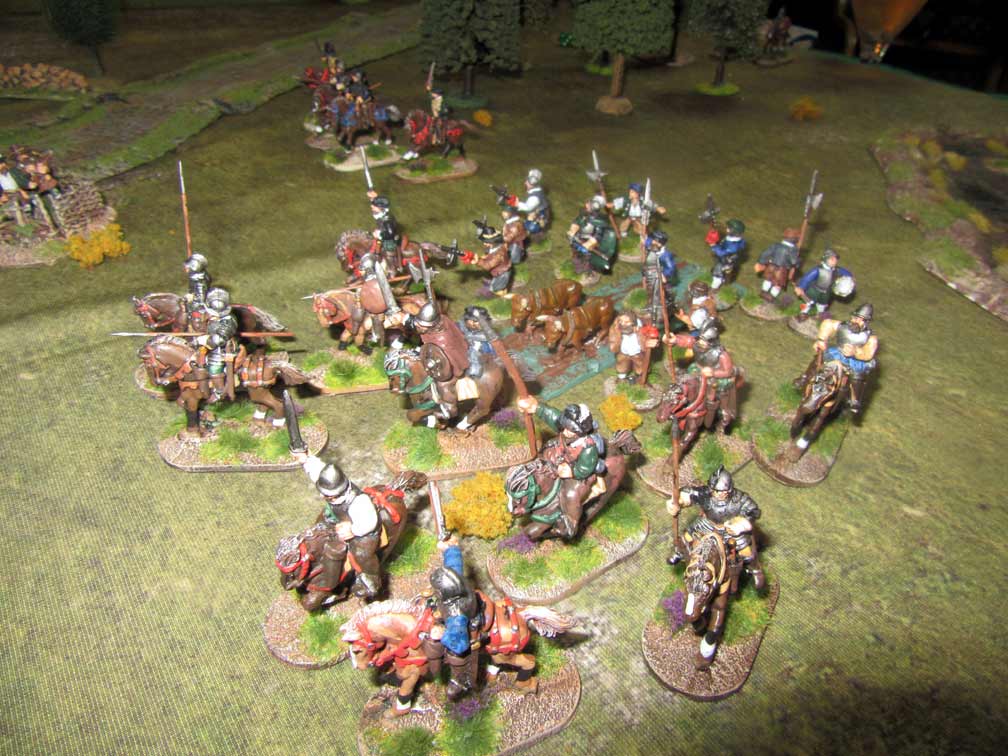 It also suits my army, with units of 12 figures being the standard, with smaller units for skirmishers, cavalry or specialist troops like forlorn hopes or gun crews. I also find them fun to play, and easy to pick up. Typically, a “skirmish” force will have about 60-70 figures in it, which means it gives you the feel of a nice tabletop scrap without calling for a lot of lead. 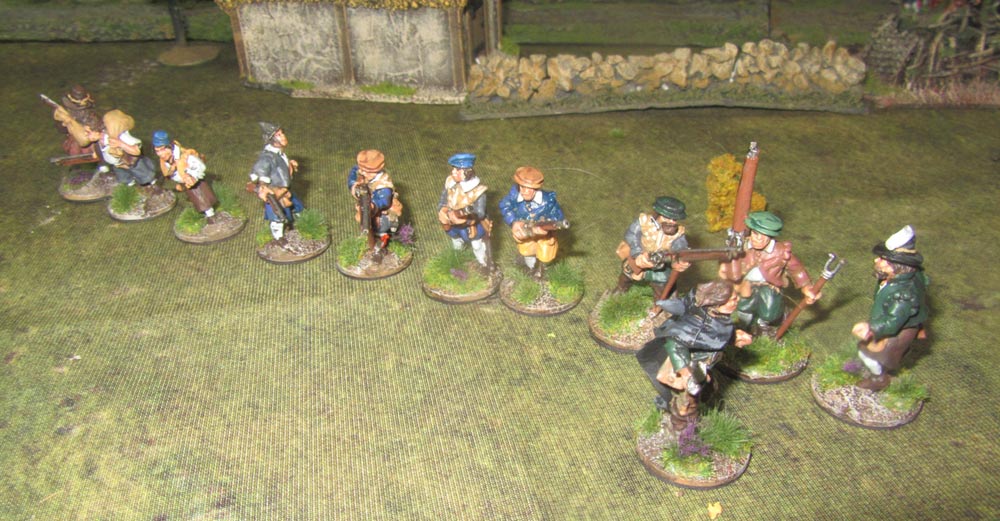 So, there you have it. he Age of Mary Stuart. While this’ll never become a mainstream period for me, it is a lovely one nonetheless. So, it the future, when we get jaded with bigger games, and want something fast, fun and colourful, then I can see us returning to 16th century Scotland, and the world of Mary Queen of Scots. 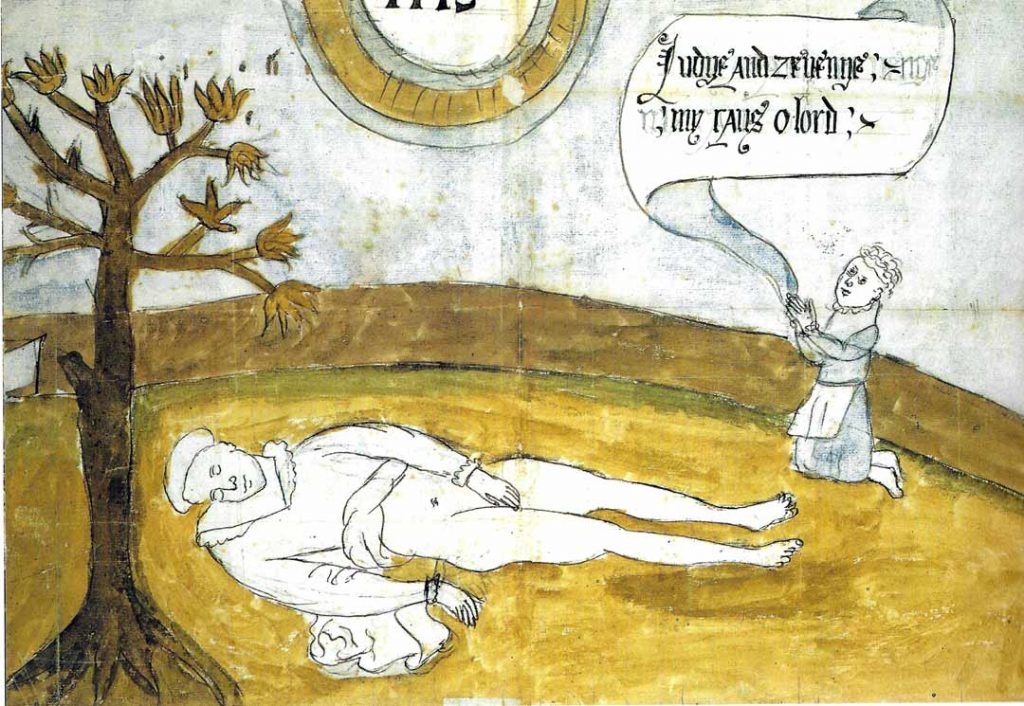 A banner used by the Protestant Lords, showing the murdered Lord Darnley.